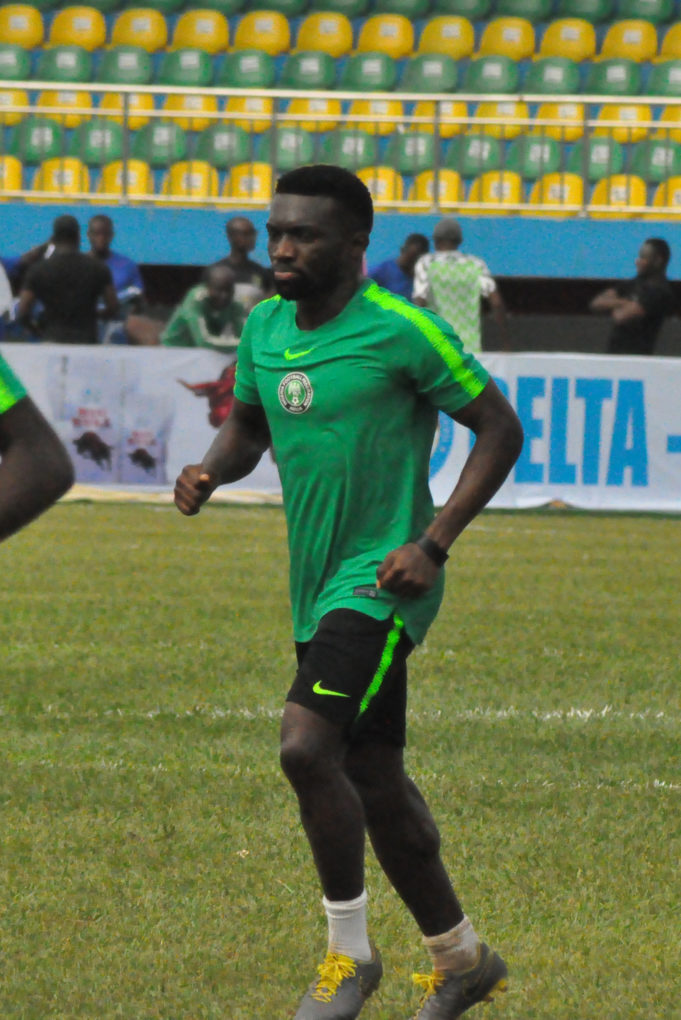 With less than fifty days to the first summer Africa Cup of Nations scheduled to take place in Egypt, captain of the U23 Eagles Azubuike Okechukwu has revealed his hopes of making the team for the continental showpiece, AOIFootball.com reports.
Despite the insistence of Coach Gernot Rohr that no new player will be invited to join the team, the Rio Olympic bronze Medalist told AOIFootball.com exclusively from his base in Turkey, that he still dreams of playing in the tournament.
Azubuike who is enjoining regular football again at Turkish side Caykur Rizespor believes that there could still be a possibility for a new face and hopes he gets a look-in before the competition.
“Everyday I dream about it (AFCON); it’s the biggest football competition in the continent and I dream to be part of it,” Okechukwu said.
Capped just once at Senior level for the Super Eagles, the 22-year-old has become an integral part of Caykur Rizespor since joining them on transfer deadline day and has gone on to feature in the clubs last 10 games scoring one and assisting another to help the club to an amazing 7th place standing on the log table.
Azubuike whose midfield strength includes ball control and accurate passing could be a massive boost for the Eagles in the midfielder with former Bayelsa United midfielder able to operate as a deep line midfielder, a creative midfielder and also an attacking midfielder has shown with the U-23 in the past.
His understanding with Stoke midfielder Oghenekaro Etebo could also be a plus as both players combined perfectly well alongside captain Mikel John Obi to deliver Nigeria’s only medal at the 2016 Olympic Games in Brazil.