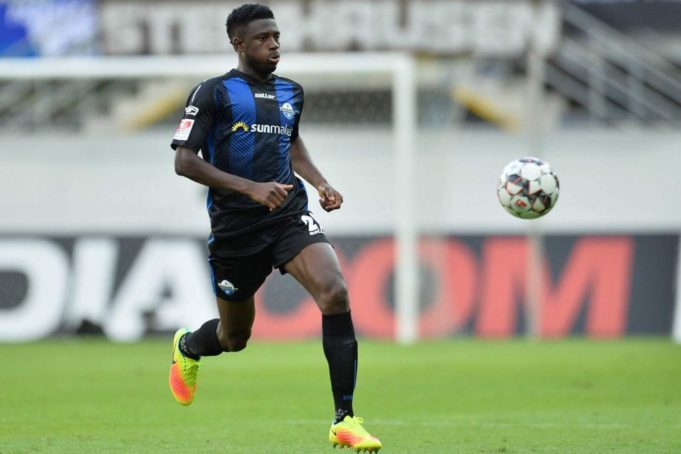 Super Eagles left-back, Jamilu Collins, is now just three league games away from a historical Bundesliga return with Bundesliga 2 club SC Paderborn after an impressive 3-1 win over Heidenheim at the weekend, AOIFootball.com reports.
The former Abuja College youngster has been an integral part of the team as they hope to secure their second top-flight promotion after relegation in the 2013-2014 season.
The 24-year-old has started all but one of Paderborn league game this season as they sit in second position on the Bundesliga 2 table with 54 points from 31 games played so far.
With just three league games now between them and promotion, the Eagles left back will hope to cap a good summer with club and country as he also hopes to make Nigeria’s final list to June’s AFCON in Egypt.
With his side occupying the second automatic qualification spot, Paderborn must now negotiate two tricky away trips to Arminia Bielefeld and Dynamo Dresden and a home tie against Hamburg in between both matches.