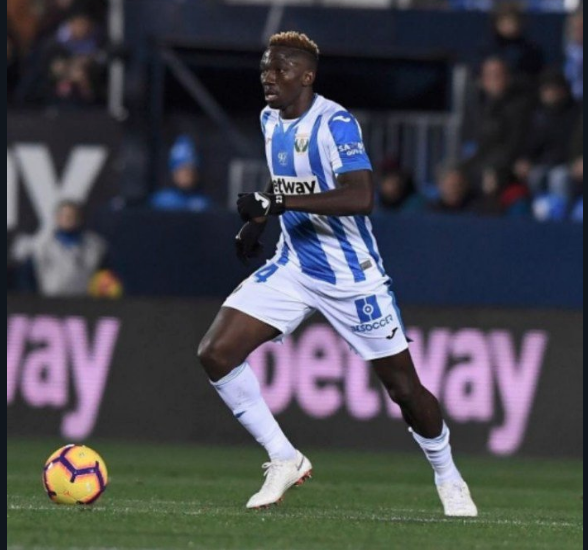 Super Eagles defender, Kenneth Omeruo has been named in the Spanish LaLiga Team of the Week for match day 35 after an impressive performance for Leganes at the weekend, AOIFootball.com reports.
The Chelsea loanee was also named the man of the match following a near perfect display and a last-ditch goal line clearance to help his side to a vital point in their bid to remain in the LaLiga.
According to statistical giants whoscored.com and Sofascore, the Eagles defender earned a game rating of 8.0, making him the top defender of the weekend.
Omeruo, 25, produced a game-high 10 clearances against Celta Vigo and also won 6 of his 7 duels to earn him a place in the team of the week.
The Nigerian also added to the offensive play of his team as he completed 91% of his forward passes, making him the second best passer in the match.
The Eagles utility defender has featured in 25 league games for Leganes this term, starting in 24 of those games and has also helped them to seven clean sheets in the league.