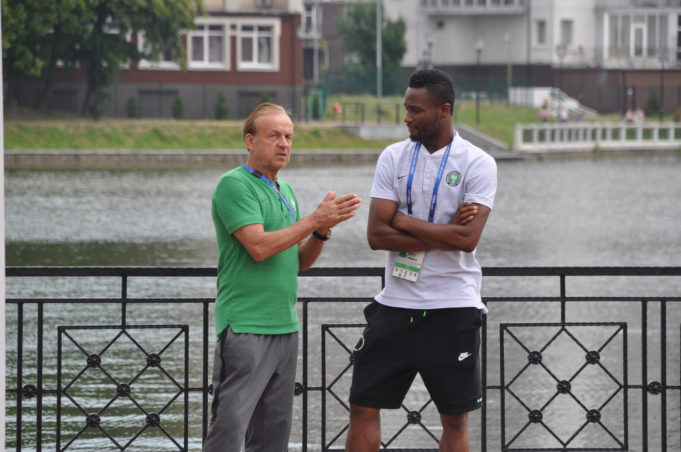 *Says he remains an important player in his team

Super Eagles Captain, John Obi Mikel could feature in his final Africa Cup of Nations with Coach Gernot Rohr set to visit him at his club in England, AOIFootball.com reports.

Speaking with Osasu Obayiuwana, a Reform Committee member in the NFF, the Franco-German gaffer revealed that Mikel’s situation is one he is willing to resolve with the support of his team, and he would love to pay the skipper a visit.

“This is the question that I and my team will resolve. I will go to see him at Middlesbrough. There are many things to consider but I respect him and what he has done for Nigeria. He remains an important player.

“He has been away from the team for a year but we qualified for the AFCON without him. His absence as our captain has been evident. But he has had to deal with a range of issues after the World Cup in Russia,” Gernot Rohr said.

The 32- year- old midfielder left Tianjin TEDA for Middlesbrough during the winter window and has been a pivotal figure for the Smoggies since his arrival.

Many Nigerian football fans still reckon the former Chelsea man could offer the experience to the Super Eagles squad and would like to see feature at next month’s AFCON in Egypt.