Super Eagles forward, Henry Onyekuru continued to remind his parent Club Everton of his huge potentials as he netted his 15th goal of the season to propel Galatasaray to a 2-0 win over rivals Besiktas, AOIFootball.com reports.

Undefeated in their last 17 league games, the hosts were hoping to avenge a December 1-0 loss to their perennial rivals.

The 21-year-old was on for his 26th league start of the season and did not disappoint the home fans as he put them ahead just before half time when he stayed onside to tap home a Fernando assist to send the whole stadium into a frenzy.

Brazilian midfielder Fernando then got on the scoresheet nine minutes after the restart as the host climbed to the summit of the league for the first time since September, ending Istanbul Basaksehir’s eight-month reign at the top of the log with just three games to go.

Onyekuru posited afterward that he was happy to have contributed to the victory, whilst praising the fans for there incredible support.

“A beautiful victory at home to win the derby. Thank you for the insane home support to help us through this. I am grateful to be able to contribute with a goal. We are now top of the league and that’s where we plan to stay!!,” Onyekuru concluded. 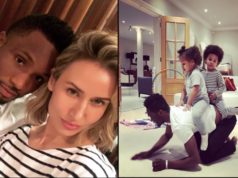 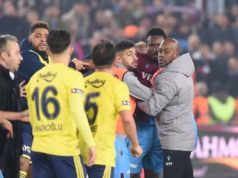 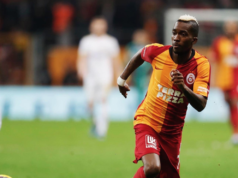