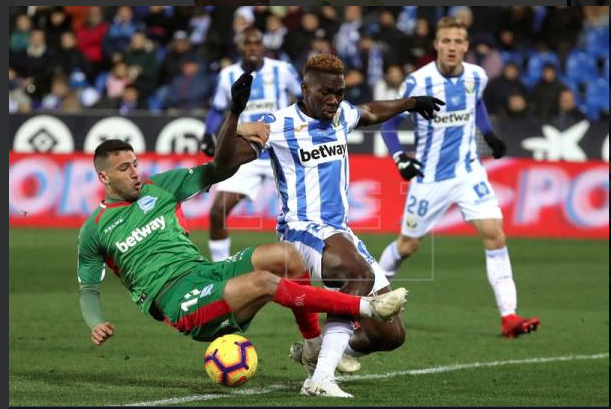 With his loan deal set to expire next month, the Chelsea loanee started his 25th league game for the visitors as goals from Youssef En-Nesyri, Martin Braithwaite and Oscar Rodriquez ensured Leganes recorded their 11th win of the campaign.

The Nigerian had an impressive game rating of 7.6, made a  high 9 clearances, won six duels and also won two of his three tackles.

Omeruo was named among a back three defense line alongside Nestor Araujo of Celta Vigo and Levante’s Reuben Vezo after his impressive display in the 4-1 win over Rayo Vallecano.

Leganes have an away game at Girona this weekend before the last home game against Atletico Madrid as Omeruo bids farewell to the club, should they fail to secure his services on a permanent basis.

Nigeria vs Serbia: Iheanacho, Abdullahi Out Of Serbia Friendly due to injury