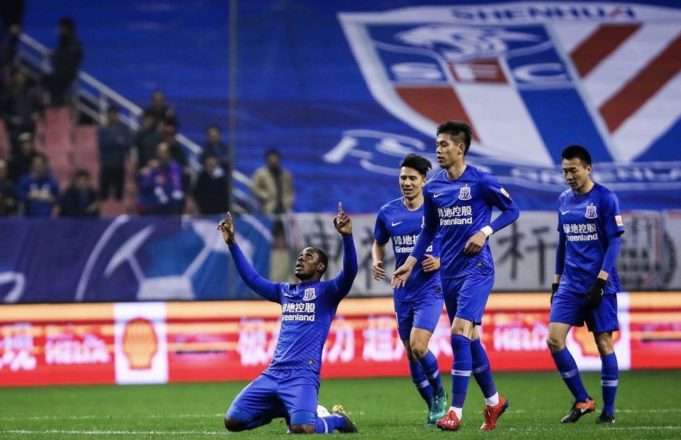 Super Eagles forward, Odion Jude Ighalo continued his fine form in front of goal for Shanghai Shenhua in their 2-1 away loss at Shenzhen Kaisa, AOIFootball.com reports.

Fresh from beating the same opponents four days ago, the visitors were hoping to arrest their poor league form having failed to win any of their last three league outings.

After a goalless first 45 minutes, the hosts shot to the lead three minutes after the hour mark when Yuanyi Li put Shenzhen ahead much to the dismay of the visitors.

Ighalo, however, restored parity 13 minutes later when he converted from 12 yards to net his 7th league goal of the campaign but the hosts had the last laugh when Colombian forward Harold Preciado scored two minutes from time to condemn Shenhua to their 5th league defeat of the campaign.

NFF confirms payment of all outstanding bonuses to Super Falcons