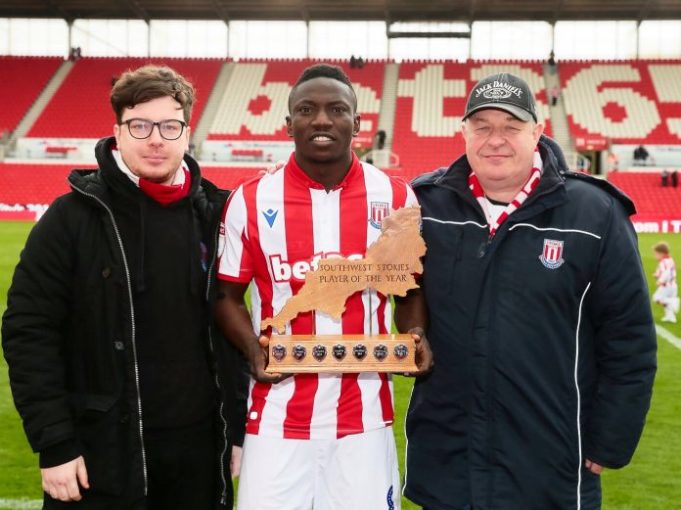 Super Eagles midfielder, Oghenekaro Etebo has been rewarded for his outstanding debut season in England after he was named South West Stoke Player of the Season, AOIFootball.com reports.

The 23-year-old produced yet another fine display on Sunday afternoon to help the club finish 16th on the table as they rounded off the season with a 2-2 draw at home to Premier League-bound Sheffield United.

Etebo expressed his delight with the recognition but said he remains pained that the club failed to achieve their aim of gaining promotion back to the Premier League.

“It’s a thing of joy winning the SW Stoke City player of the year. I just want to use this opportunity to appreciate the fans for their support.

“Though we didn’t achieve our goal and the main target for the season, we still need to keep up the positivity that’s why we all love the game. Once again, respect from my heart to you guys,” Etebo posted.

The Nigerian joined Stoke City just before the 2018 World Cup from Portuguese side Firense for around €7.2 million and made 36 appearances across all competitions for the Potters, scoring twice and adding one assist to his name.