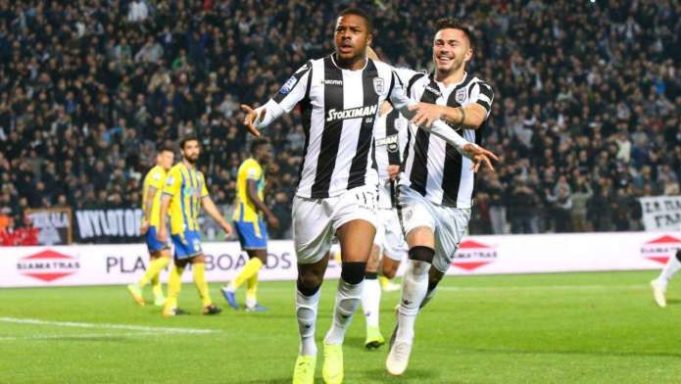 Former Arsenal player, Chuba Akpom rounded off his first league season outside England in style as he netted his sixth goal to help champions PAOK record a 2-0 win over PAS Giannina, AOIFootball.com reports.

The Super Eagles hopeful was handed his 13th league start of the campaign as the already crowned Greek champions went in search of their 26th win.

However, after a goalless first 45 minutes, the game opened up in the second half with Akpom making the most of it to put the visitors ahead on the hour mark after converting from a Dimitris Pelkas assist.

Substitute Evgen Shakov then scored seconds after coming on in the 11th minute from time to complete a perfect season for PAOK as they went the entire season undefeated.

Akpom and his teammates will now turn their attention to next week’s Cup final against AEK Athens as they hope to complete a domestic double, having already won the league title.