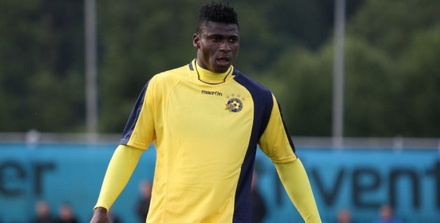 Nigerian forward, Kehinde Olanrewaju continued his off the bench heroics as he scored one and assisted another to help promotion chasers Denizlispor to a comfortable 3-0 win away at Genclerbirligi Ankara, AOIFootball.com reports.

Having joined the club on a free transfer during the winter, the 24-year-old started on the bench for the 10th time as a first-half strike from Deniz Vural on the 16th minute gave the visitors a 1-0 lead going into the break.

With his side seeking an assurance goal, the former Kwara United forward was introduced in the 79th minute for Mehmet Akyuz with the substitution proving to be a masterstroke.

Six minutes later, the Nigerian set up Recep Niyaz for 2-0 before netting his sixth of the campaign on the dot of 90 minutes to hand the visitors a convincing 3-0 win.

The victory now leaves Denizlispor with a point of promotion as they occupy the second position on the log with 66 points, five points ahead of third-placed Hatayspor with just two games left in the league.

Ndidi to wear the iconic No.25