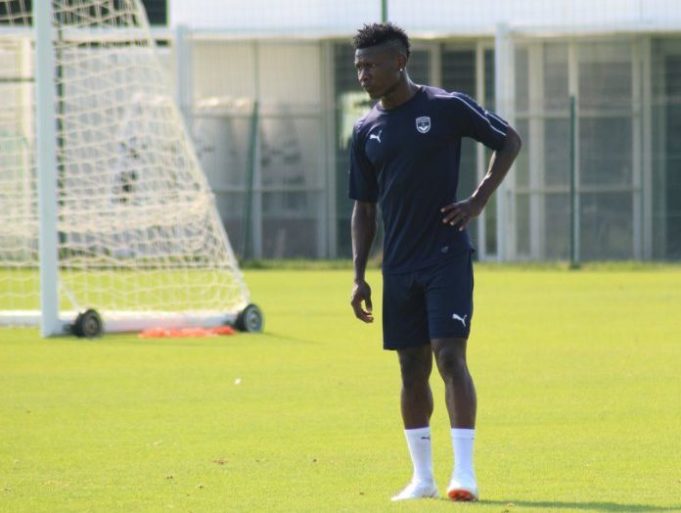 Super Eagles winger, Samuel Kalu has handed Coach Gernot Rohr a selection boost after he returned to training with French club Bordeaux for the remainder of their 2018/2019 campaign, AOIFootball.com reports.

An enduring two months saw Kalu miss Bordeaux’s quest for survival with a hamstring injury which threatened to cut his season short.

With Rohr stating that the former KAA Gent winger remains an integral part of his plans for next month’s AFCON, Kalu joined the rest of his teammates on Wednesday morning for the first time in two months as he was seen jogging around the pitch alone with the club’s fitness trainer.

The Eagles forward last featured for Bordeaux in March when they played a 1-1 draw against Monaco but could possibly eye a place on the bench for this weekend’s away tie to Lille with his side just needing at least a point to secure safety in the French top flight.

Bordeaux have however endured a disastrous run without the Nigerian as they have claimed just one win in 7 games and have in fact lost all four of their last league games, scoring just three goals.