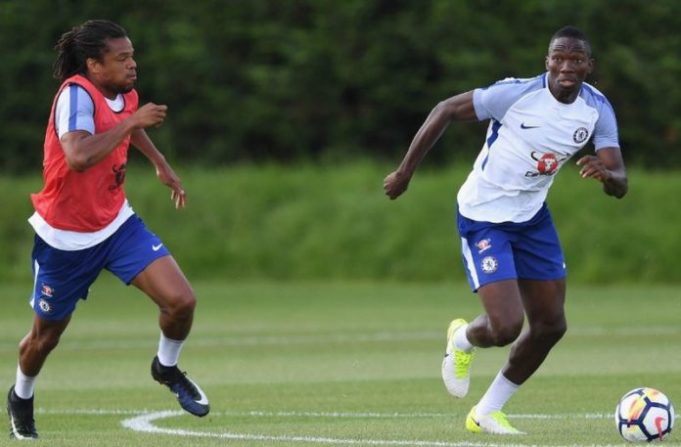 Super Eagles’ duo of Kenneth Omeruo and Ola Aina could make a return to their parent club Chelsea, following the transfer ban slammed on the club, AOIFootball.com reports.

The 2012 European champions were handed a one-year transfer ban by FIFA for market infractions, a decision the club appealed and lost which now leaves them at the mercy of their loan players to bolster the squad ahead of their imminent return to the Champions League.

Aina, a squad member when Chelsea last won the Premier League two seasons ago, has been in impressive form at Italian side Torino since his loan switch in the summer and could now return to provide cover to current first-choice right-back Cesar Azpillicuta.

For Omeruo, the situation looks dicey as the Blues will have to make a quick decision on whether to let him join his Spanish side Leganes permanently or recall him to provide stiff competition.

Already, the Blues are likely to lose defender David Luiz this summer when Brazilian’s contract expires, whilst Anthony Rudiger faces a race against time to be fit for the new season following knee surgery last week.

Omeruo, 25, joined Chelsea in the winter of 2012 before spending separate loan spells at Ado Den Haag, Middlesbrough, Kasimpasa, and Alayanspor.

He then signed a contract extension with the club in the summer of 2017 before rejoining Kasimpasa on loan in 2017 and then moving to Spain at the beginning of the season with Leganes where he has been in superb form this season, starting in 25 of his 26 league games and helping the club retain their top-flight status.