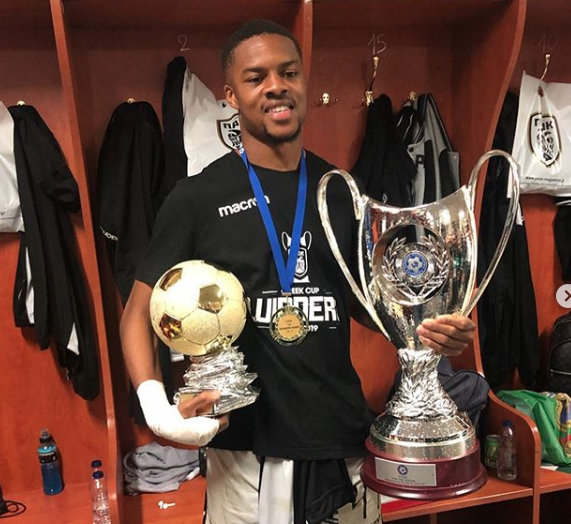 Former Arsenal forward, Chuba Akpom was the hero for Greek champions PAOK as they claimed the Greece FA Cup on Saturday following their hard-fought 1-0 win over AEK Athens at the iconic Olympic Stadium in Athens, AOIFootball.com reports.

Having already secured the league title last weekend following an impressive unbeaten run all through the season, the forward led the line as they went in search of their 6th cup win in the club’s history.

The breakthrough goal, however, came just before half time when the Nigerian produced a moment of share brilliance to acrobatically divert Dimitris Pelkas cross into the net as PAOK went on to claim a domestic cup and league double.

Akpom, who was voted the man of the match expressed his joy whilst praising the fans who have made his first season in Greece a memorable one.

“I can’t describe this feeling. Thank you all for the support! THE DOUBLE SECURED,” Akpom posted.

No Bursaspor move for Musa as Puel hints on his exit

Onyekuru named in Turkish League Team of the Week