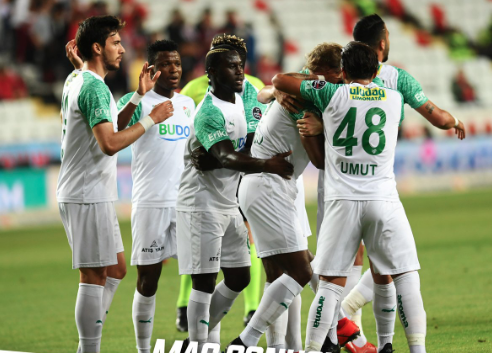 Super Eagles defender, Shehu Abdullahi produced a fine display at the back for relegation threatened Bursaspor as they secured an impressive 1-0 win away at Antalyaspor, AOIFootball.com reports.

Without a win in their last seven league outings, Abdullahi was handed just his 7th league start of the campaign as the visitors went in search of their sixth league win of the season.

They, however, shot into the lead after just 16 minutes when Cameroonian defender Aurelien Chedjou headed home from a Henri Saviet cross to give them a precious1-0 lead.

Their quest for victory was then eased twenty minutes from time when Aly Cissokho was sent off for the host after receiving a second yellow card as the visitors held on for all three points.

Abdullahi was on for the entire match duration and had a game rating of 7.0 as the Crocodiles move just above Erzurumspor to 16th on the log with 33 points from 32 games.