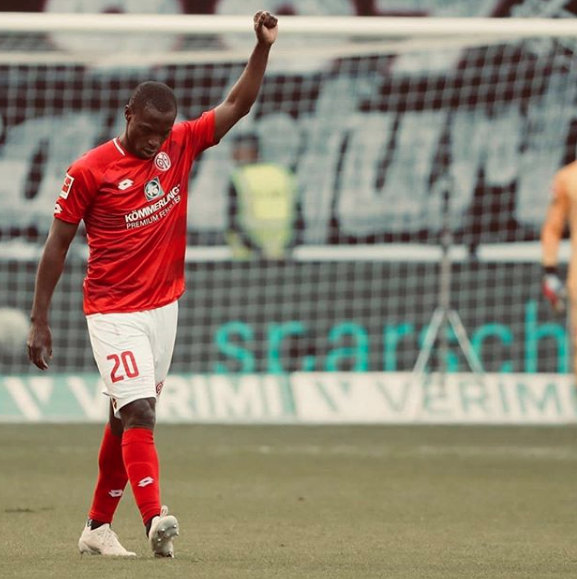 Super Eagles forward, Anthony Ujah was the hero for German side FSV Mainz 05 as he scored twice to help them to a convincing 2-0 win away at Eintracht Frankfurt on the penultimate day of the German Bundesliga, AOFootball.com reports.

On for just his 5th league start of the season, the former Werder Bremen forward had a point to prove in the match but both teams failed to test each other’s might in the first half as they went into the break deadlocked.

Ujah, however, broke the deadlock, eight minutes into the second half to make it 1-0 before he then combined with strike partner Jean-Philippe Mateta four minutes later to grab his second of the game and his 4th league goal of the season.

The Nigerian was named man of the match with a game rating of 8.5 as Mainz moved up to 12th on the table with 40 points from 33 games.