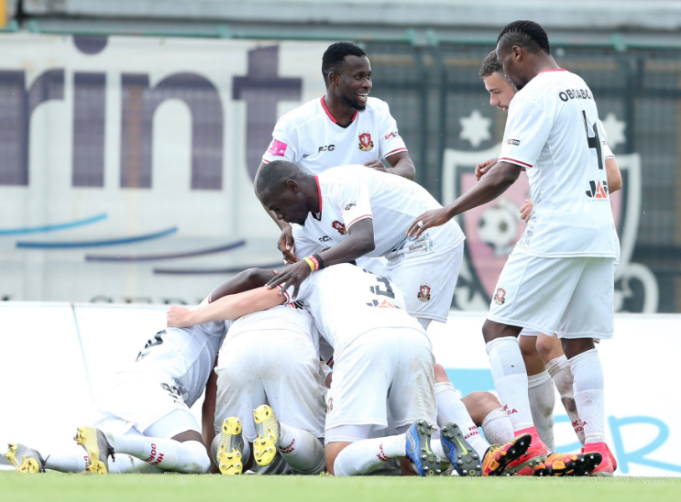 Nigerian international, Godfrey Oboabona has revealed how he feels playing for HNK Gorica in the Croatian top division for the first time in his career,
AOIFootball.com reports

Oboabona, who was formerly at Al-Ahli, joined Gorica In September and has since received a warm reception in the Croatian top flight.

Speaking in an exclusive interview with AOIFootball.com,  Oboabona highlighted his experience and best moments as a Gorica player.

“My first season here has been a great one for me so far. The fans are lovely and there’s been a good relationship in the dressing room.

“My best moment as a Gorica player came in our home victory against Rijeka. I was voted man of the match in that game and I was really happy with my performance and that of the team as well,” Oboabona said.

The former Çaykur Rizespor player also talked about his future at the end of the season with Gorica, when asked if he’ll remain at the Croatian side.

“Although I don’t think I will remain at Gorica at the end of the season, we’ll see what happens. I’m still a Gorica player for now,” Oboabona added.

The AFCON 2013 winning defender has started 13 games out of the 14 matches he’s played this term for Gorica who currently sit 5th on the log with 53 points.