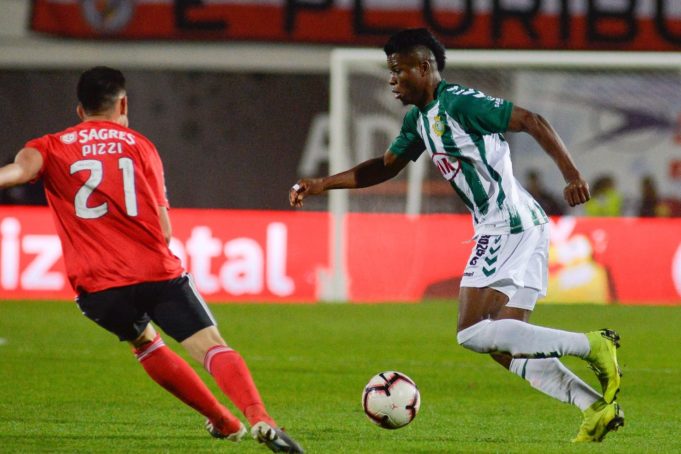 Super Eagles midfielder, Mikel Agu was the hero for strugglers Vitoria Setubal as he helped set up the winning goal in their 2-1 away win at GD Chaves, AOIFootball.com reports.

Having returned from a two-month injury lay-off last weekend, the 25-year-old started his first league game since February with both sides needing the three points to boost their chances of survival.

It took Setubal just six minutes to take the lead when Agu won the ball in the midfield before a long ball into the box by Ruben Micael caused problems for the Chaves defense as Brazilian forward Allef sneaked in to give his side the lead.

Nine minutes later, the visitors doubled their lead when Agu created space for himself down the corner flank before sending a pinpoint cross into the box which found the head of Frederic Mendy to send the Setubal bench into ecstasy.

Bruno Gallo then pulled one back for the hosts four minutes after the hour mark but the goal proved to be a mere consolation as Setubal escaped relegation at their expense.

GD Chaves have however dropped down to the Portuguese Segunda Liga.