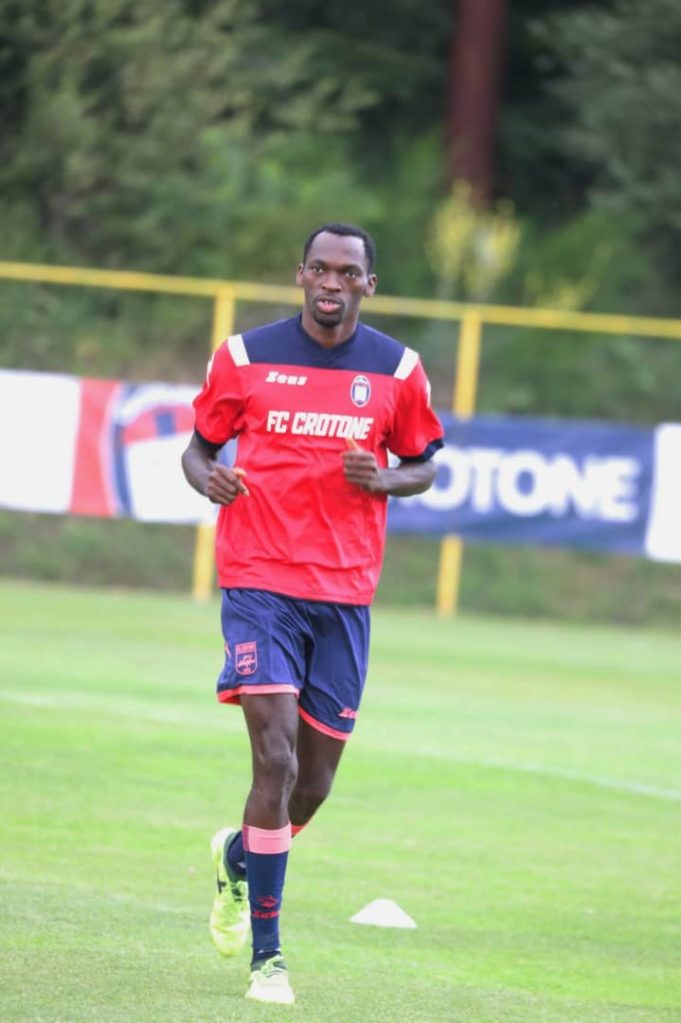 Super Eagles forward, Simy Nwankwo has made a huge U-turn on his supposed exit from Serie B side, Crotone after the 27-year-old put pen to paper on a new 3 years deal, which will now see him remain at the club till the 2021/2022 season, AOIFootball.com reports.

Despite earlier revealing that he will quit the club at the end of the current campaign, the Russia 2018 World Cup star, however, rescinded his decision to remain at the Stadio Ezio Scida following a meeting with club president Gianni Vrenna.

He had recovered from a poor start to the season which saw him start just one of his side’s opening eight league games after a dispute over his future to net 14 goals which was enough to earn Crotone their stay in the Serie B following an abysmal start to the campaign.

AOIFootball.com can authoritatively confirm that the former Gil Vicente FC forward could, however, be loaned out ahead of the 2019/2020 season following strong interests from top Serie A club sides.

The forward is thought to be also exploring the option of playing in the Champions League and could join a team with such status should the offer arrive for him as he hopes to settle down in time ahead of the new season.

The lanky player joined Crotone in the summer of 2016 from Portuguese side Portimonense, netting 24 goals across three seasons for the Crotone-based club.