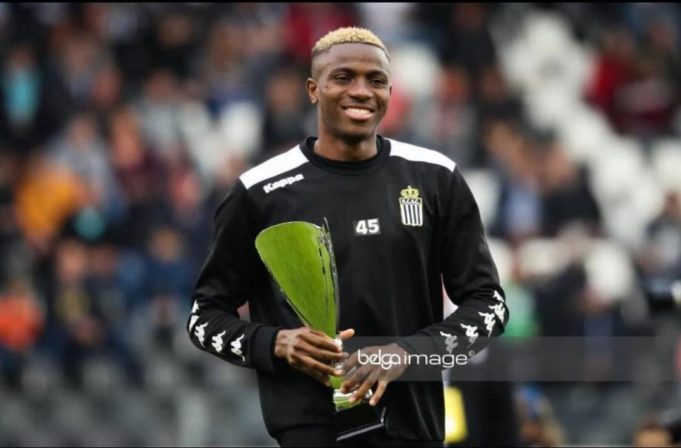 On-loan from German club Wolfsburg, the 19-year-old took the Belgian League by storm to fire Charleroi to the top of the first Division 2A playoffs after they narrowly missed out on the championship playoff rounds.

Osimhen’s recognition comes as no surprise to many who have followed the AC Milan target with the striker already scooping four player of the month awards and was in superb form as the Zebras finished the season on a high after winning seven of their eight last games of the season.

The Nigerian also finished as the club’s top scorer in all competitions, netting 17 goals in 34 appearances whilst his 16 league goals meant he finished as the third most prolific goal scorer in the league after Hamdi Harbaoui won the award with 25 goals.

He will now turn his attention to the Eagles AFCON 2019 preparations which begins next month in Asaba whilst he will also have one eye on the transfer market with Italian giants AC Milan still on his radar.

Owino: Zesco will go for win against Rangers