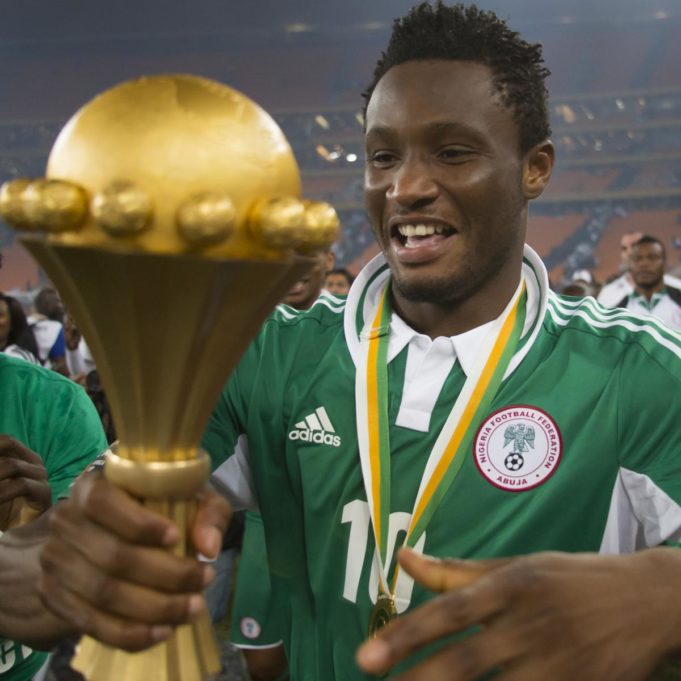 Super Eagles Captain, Mikel John Obi has given the clearest indication that the team is heading into next month’s Africa Cup of Nations with just one mission which is to win their fourth continental crown, AOIFootball.con reports.

The 32-year-old, who is making his return to the team following a self-imposed exile after the 2018 World Cup in Russia, posted a video of his trophy collection and ending it with a caption @

A serial winner at club level with London giants Chelsea, the Middlesbrough midfielder began his trophy honours for Nigeria at the World Youth Championship in Holland in 2005 where the country claimed Silver behind Argentina with Mikel also winning the Silver Ball at the championship.

He, however, had to wait a further eight years before reaching another final for Nigeria, this time he bettered his earlier AFCON bronze won in 2006 by anchoring the Eagles’ midfield as the country won its 3rd Nations Cup title.

That achievement was followed by what he described as a golden bronze as he captained the Dream Team V to a bronze medal at the Rio 2016 Olympics thus winning Nigeria’s only medal at the event.

Expected to call quit his time with the national team after the Nations Cup in Egypt, the former Plateau United youth prodigy will now hope to end his 15-year international career on a high having represented Nigeria at all levels of the national team.