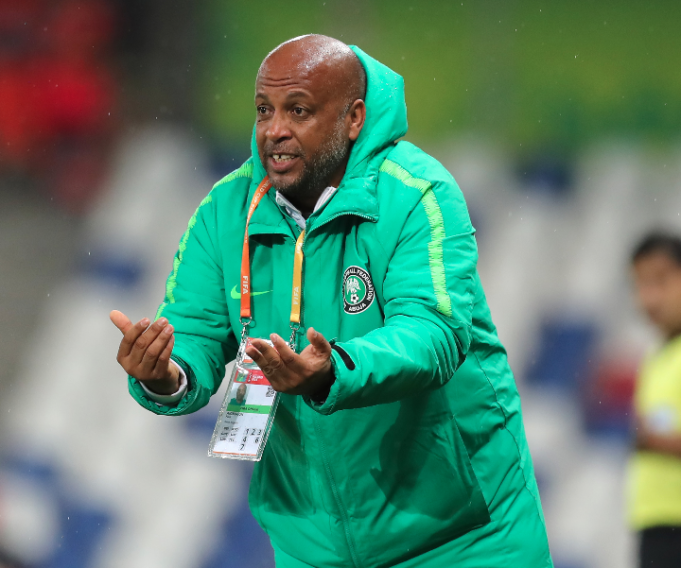 Nigeria were eliminated from the FIFA U20 World Cup on Monday night as Success Makanjuola’s 50th minute goal proved to be mere consolation after Amadou Sagna and Niane had shot fellow African flagbearers Senegal two goals up before half time in the Round of 16 in Lodz.

Sagna scored in the 36th minute, just two minutes after substitute Collins Sor should have put Nigeria in the lead after Okon’s pass freed Success Makanjuola on the counter attack, who duly located Sor. But the striker failed to get the ball past goalkeeper Dialy Ndiaye and then made a poor job of the rebound.

The excellent Junior Lions of Teranga played delightful economic football, running only when necessary while making good use of space and skill, but the Flying Eagles set much store by muscle and brawn and could not find the craftsmanship needed to unlock a disciplined Senegalese rearguard.

Just before recess, another opportunity presented itself with a free kick just on the edge of the Senegalese box. But there was poor planning and Ikouwem Utin’s final delivery was easily steered away by the defence marshalled by Captain Moussa Ndiaye.

From the counter attack, Senegal made it two. Alpha Diounkou found Niang, who sailed past a lethargic Nigeria rear and found Niane right in front of the Nigerian goal, with Oremade stranded after failing to stop the low pull out.

The Flying Eagles would make a better use of another box-edge free kick five minutes into the second half. Makanjuola hit the ball hard and Okon appeared to throw a leg to steer it past Dialy Ndiaye. But Makanjuola was credited.

Niane came close to making it 3-1 in the 72nd minute, but goalkeeper Olawale Oremade punched the ball away.

Senegal would proceed to the quarter finals, with Nigeria and South Africa already eliminated from the African army. On Tuesday, Africa’s other flagbearers Mali will confront Argentina in the last Round of 16 encounter in Bielsko-Biala. 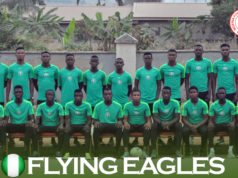