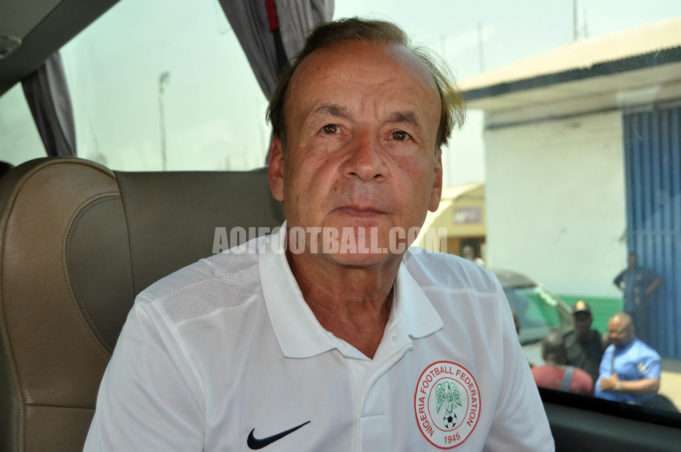 Super Eagles Coach, Gernot Rohr has posited that his side must be 100% fit if they are to stand any chance of winning the Nations Cup, AOIFootball.com reports.

With one additional fitness trainer joining the team, the Franco-German, who drilled his team through rigid fitness training, highlighted that the expansion of the competition now means any side who wants to win the tournament must be technically sound and fit.

“You know already we had some players who did not play very well last season like Kalu who was injured so we had to do much more physical training on him like the other players, that’s why we will have a second fitness coach working in the group to ensure individual fitness.

“I think that only the fittest team can win the Nations Cup because you have to do 7 games if you want to go through. You have to play in very hot temperatures, so it’s very important to recover well and also work with the players that don’t play much that’s why it’s important to have two fitness coaches,” Rohr stated.

The Eagles will continue their preparations for the AFCON with two more training sessions on Tuesday and will have the complement of the duo of Wilfred Ndidi and Kenneth Omeruo who both arrived on Monday afternoon.