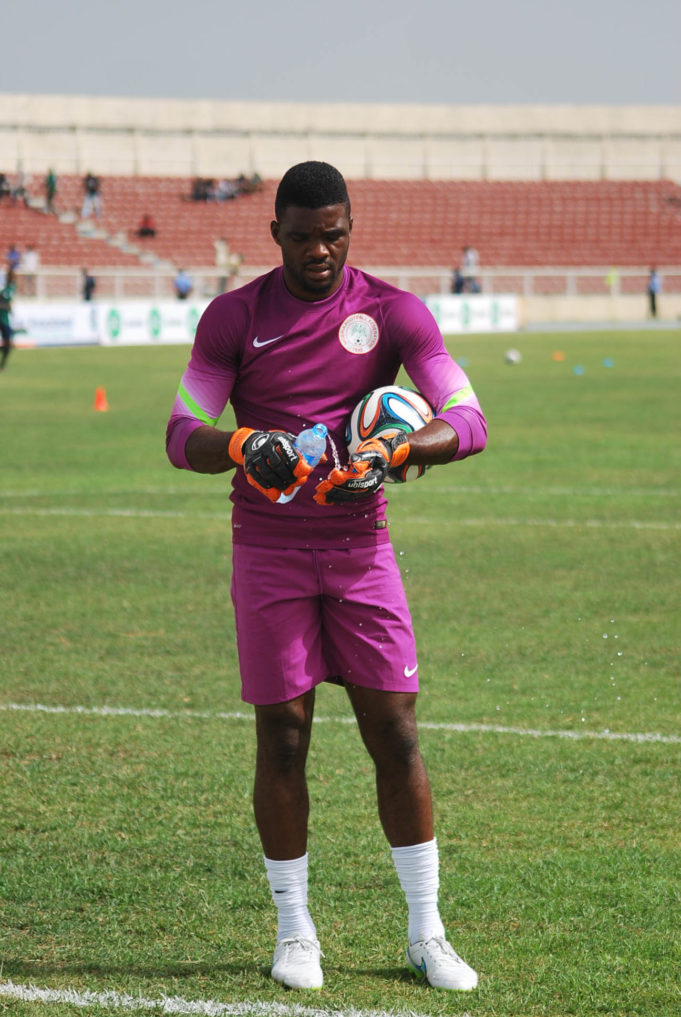 Kaizer Chiefs of South Africa goalkeeper, Daniel Akpeyi might have just won the race to man the post for Nigeria at this summer AFCON in Egypt, AOIFootball.com can report.

Your authoritative football medium understands that the 32-year-old shot stopper has been the most impressive goalkeeper in camp and may now get his first chance of representing Nigeria at a major international tournament following backup roles at the 2018 World Cup in Russia.

Following his impressive display since the game against Zimbabwe and now in training in Ismailia, Daniel Akpeyi may have won Gernot Rohr’s heart to take the number one ahead of Francis Uzoho who struggled for playing time last season and was not too impressive in their 3-1 win over Seychelles in Asaba earlier in the year.

Rohr has previously stated that the position for who mans the Eagles post in Egypt remains open to all three goalkeepers with Akpeyi now moving up the ladder head of Uzoho and Ezenwa.

The former Nasarawa United goalkeeper has been a mainstay with the national team for quite a decade and was a member of the silver-winning team to the 2005 FIFA U-20 World Cup in Holland and also won bronze at the 2016 Rio Olympic Games in Brazil.

Coronavirus: Football not interesting without the fans, says Azubuike