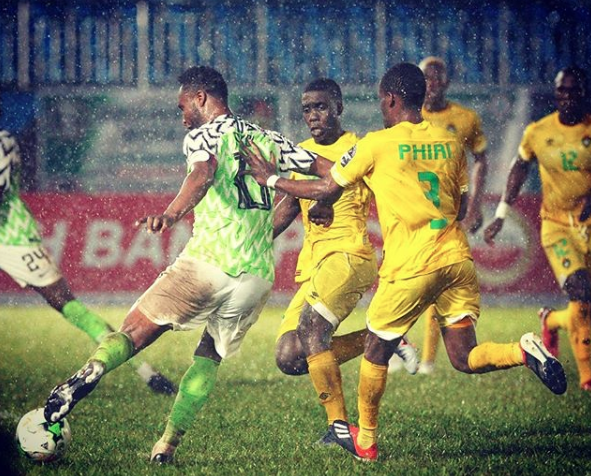 Former Super Eagles’ star, Julius Aghahowa has said that the team needs to get their acts together and put up a consistent performance to succeed at the upcoming Africa Cup of Nations in Egypt, AOIfootball.com reports

Speaking exclusively with AOIfootball.com, the former Shakhtar Donetsk striker stated that regularity will be key as the team pushes for a triumphant campaign in Egypt.

“As we head into this tournament, a lineup filled with a consistent selection from the coach will be an integral decision to posing a huge threat of winning the title.

“I know frequent changes would be made but fielding players who are familiar with playing each other would be key and will also give us the edge over any team in the African Cup of Nations” Aghahowa reasoned.

“I am happy with the final 23-man list made by the coach. He knows why he dropped others, and we must respect that. They were all good players but of course, some had to be dropped because you can’t go with everyone,” he concluded.

Abdulquadir Adedapo - May 21, 2020
ALL CATEGORIES
SOUNDCLOUD