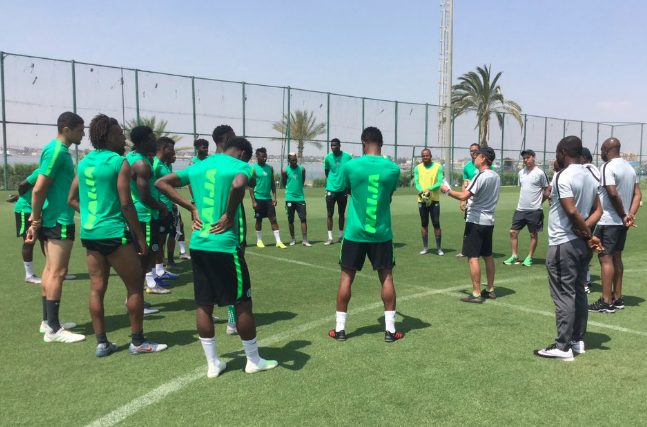 With just four days to their opening match at the 2019 African Cup of Nations Group B clash against debutants Burundi, players and officials of the Super Eagles have played down the incessant flu that has plagued the camp in recent days as they continue their preparations, AOIFootball.com can authoritatively confirm.

Despite media fears that a host of players could be forced to sit out the opening game, the team set out in their usual mood as they trained lightly on Tuesday before going in for an official photo session with the likes of Alex Iwobi and Ola Aina wearing plenty of smiles during the session.

However, the team’s media officer, Toyin Ibitoye who confirmed to AOIFootball.com exclusively about the current situation in camp, stated that the whole situation is being overhyped as the players are well focused on the task ahead.

“Nothing to it. Some players had a common cold, cough and flu…even officials too but it didn’t stop anything as they are sensationalizing, it” Ibitoye stated.

Having failed to qualify for the last two editions, the Super Eagles will be hoping to start on a winning note after being dubbed by bookmakers as favourites to top Group B.