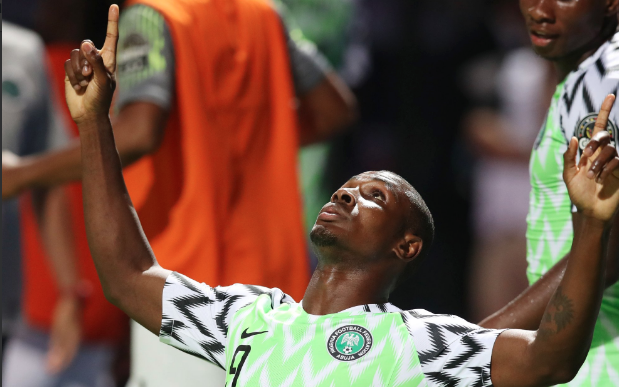 The Super Eagles of Nigeria kicked off their 2019 AFCON campaign in a nervy fashion after they dug deep to defeat debutants Burundi 1-0 at the Alexandria Stadium on Saturday night.

AOIFootball.com x-rays five lessons from the team’s win over their very defensive opponents despite being on the front foot for the majority of the game.

Having failed to win any of their last three opening day fixtures in the Africa Cup of Nations, the Gernot Rohr-led boys were made to sweat for the result by a resolute Burundi side led by Saido Berahino.

Nigeria last won on matchday one at the AFCON in 2006 when they defeated Ghana 1-0 in Egypt and then lost 1-0 to Ivory Coast two years later, before suffering the same feat at the 2010 tournament in Angola with a 1-0 defeat to Egypt. They would, however, play out a 1-1 draw with Burkina Faso in South Africa 2013 before going ahead to win it.

Much of the talk ahead of kickoff was who was going to partner Troost-Ekong in the heart of the Eagles defense, with many pundits and fans calling on Rohr not to break the partnership between Leon Balogun and William Troost-Ekong.

However, the Franco-German trusted his guts and handed the Chelsea defender his 6th AFCON start and Omeruo impressed in the heart of defence, keeping the likes of Fiston Razak and Saido Berahino at bay all through the 90 minutes.

The 25-year-old made 6 clearances, won all 100% of his tackles and also showed good display with his feet as he completed 83% of his passes to help the Eagles record their first win of the competition.

Dropped from Nigeria’s party to the 2018 World Cup in Russia, full-back Ola Aina finally got his chance to play for Nigeria at a major international tournament and the former Chelsea star capped it off with a fantastic display at the Alexandria Stadium.

The Torino utility defender showed composure against the Swallows of Burundi and was a major force on the left flank, causing plenty of problems for right-back Omar Moussa.

Adjudged as arguably the best player on the pitch for Nigeria on the night, Aina earned a game rating of 8.2, made 4 clearances, 3 interceptions, won 100% of his tackles and also made 2 key passes when joining the attack line.

His cheeky backheel to set up striker Odion Ighalo was just the perfect icing on the cake as he is now likely to switch to right-back for Nigeria’s next game if Shehu Abdullahi fails to recover in time.

Surprisingly dropped for Denmark-based Paul Onuachu, Odion Ighalo needed just four minutes to break the resolve of Burundi when he showed mental alertness to coolly slot home a back-heeled pass from Ola Aina to hand Nigeria all three points in the encounter.

The Eagles had struggled to produce anything meaningful in the final third in his absence, with Ighalo bringing his experience to rescue the team in Alexandria.

With 7 goals in the qualifiers, the former Watford of England striker would definitely set his eyes on the golden boot even as he seeks to win his first major trophy with the Super Eagles.

Criticized for his no show when it comes to making an impact from the bench, Eagles gaffer Gernot Rohr produced two key substitutions which earned Nigeria her first win on AFCON opening day in 13 years.

Opting to play a more fluid and youth starting XI, the Franco-German hacked off Captain Mikel Obi just before the hour mark for winger Ahmed Musa, a move which gave Alex Iwobi more freedom to operate in the middle of the park.

But the masterstroke substitution came 20 minutes from time when his decision to introduce the experienced Ighalo paid off, with the forward making a meal of an over-stretched Burundi defence to give the Eagles all three points on a quiet night in Alexandria.