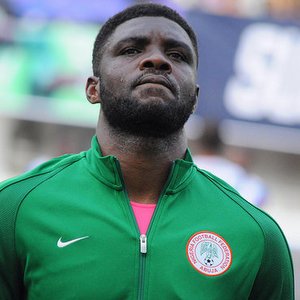 *We were lucky, Akpeyi admits

The 32-year-old, who was chosen to start ahead of erstwhile number one Francis Uzoho,  provided moments of genuine quality interspersed with a jitteriness that nearly cost the Super Eagles on a number of occasions.

“The goalkeeper did not concede a goal which is good for him and for the team, and he stopped a wonderful opportunity in the first half and as you know that the first goal is the most important, so in that situation, he was really very good.

“Then we know that sometimes there can also be mistakes like what happened when he tried to dribble with the ball. I didn’t like that he did it but we will try to make it better next time.

“But what I saw from him the last three weeks was really so good in the training sessions that today he was our number 1,” Rohr concluded.

Meanwhile, Daniel Akpeyi has said that his side were lucky to have come out with all three points against debutants Burundi.

The former Nasarawa United goalkeeper stated that the Eagles had to be patient to break the resolve of their opponents.

“They were a tough nut to crack despite coming to the Nations Cup for the first time; they showed good strength and they also have good players. Overall, they did very well but we were lucky to get all three points,” Akpeyi stated.

On his performance, the former Dream Team goalkeeper added that the most important thing for him at the moment was the three points secured.

“The most important thing is the victory and the three points. For me I am just picking it up gradually. If I get another opportunity I will try and do my best again,” Akpeyi concluded.