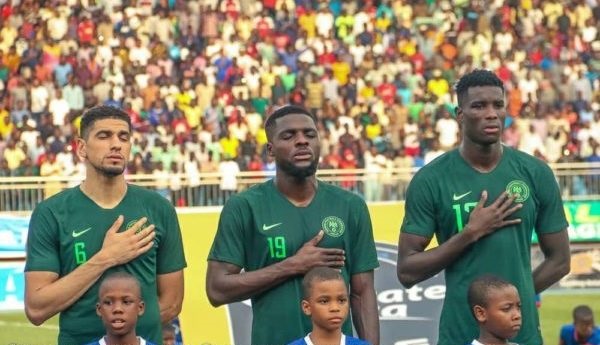 Super Eagles forward, Paul Onuachu has expressed his delight after making his debut for Nigeria in their 1-0 win over debutants Burundi on Saturday evening, AOIFootball.com reports.

Having just made three senior appearances for the national team, the FC Midtjylland of Denmark forward was given a surprise start ahead of Odion Ighalo though he failed to find the back of the net.

The forward however told AOIFootball.com that he remains grateful for the experience even as he hoped to have capped his debut with a goal.

“Very excited to have played at such a big stage for my country. It has always been my dream to play for Nigeria at a major tournament and I was happy with the chance against Burundi.

“For me, the experience was good, our opponents made it difficult to penetrate but overall I would say we were satisfied with the victory and hopefully we can build on it in our subsequent group matches,” Onuachu said.

Onuachu, 25, featured for 73 minutes before he was replaced by Odion Ighalo but he ended with a game rating of 7.1, winning 15 of his 23 duels and also had four shots on target.