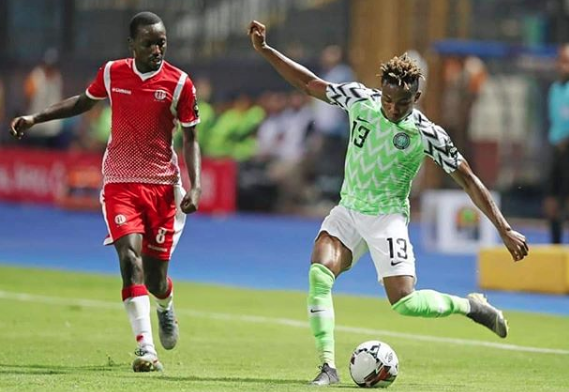 Super Eagles dazzling winger, Samuel Chukwueze has said that he is basking in the euphoria of his first appearance for Nigeria in a major tournament like the Africa Cup of Nations (AFCON), AOIFootball.com reports.

Speaking exclusively to AOIFootball.com, the Villarreal wonder kid, who described the feeling like a dream come true, stated that he was excited to have helped Nigeria record their first opening match win in 13 years at the AFCON and now hopes the team can take off from there to top the group.

“It was a great feeling playing my first competition with the Super Eagles. I’m excited because it’s a dream come true and it’s an honour to have helped the team begin on a winning note.

“We played well because it was not an easy game as you also saw. The Burundians were no pushovers, they went the entire qualifiers unbeaten and they also had a point to prove in the game. So for me, it was a good result and we hope to build on this in our subsequent matches and try and progress to the next round,” Chukwueze said.

The 20-year-old became the first U-17 World Cup winner in this century to play for Nigeria at the Nations Cup and capped off his debut with series of mesmerizing runs which drew widespread applause from everyone.