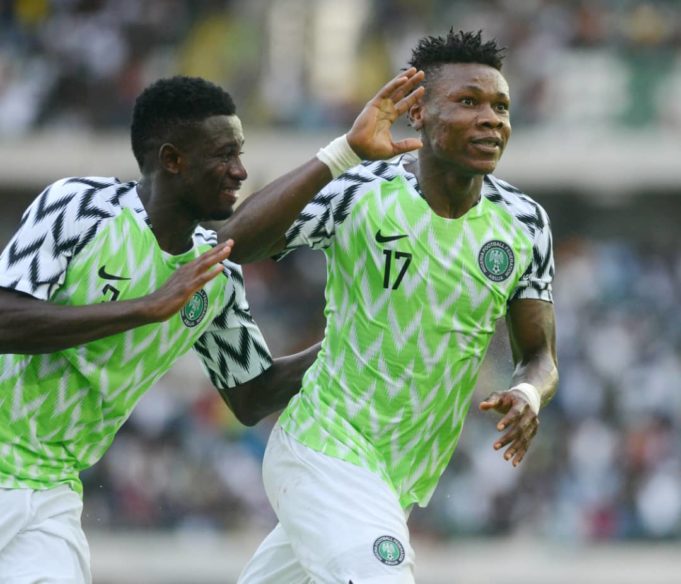 The camp of the Super Eagles of Nigeria bubbled especially on Monday evening after news came that France –based forward Samuel Kalu had been declared fit to future at the ongoing Africa Cup of Nations, AOIFootball.com understands.

According to a release by thenff.com, Team Administrator, team doctor Ibrahim Gyaran travelled to the Egyptian capital with Kalu to conduct the test alongside a CAF medical officer.

“Kalu has been declared fit to play as from now. His featuring in Wednesday’s match against Guinea, however, depends on if he is picked by the technical crew led by Coach Gernot Rohr,” Achor said from the team’s Helnan Palestine Hotel in Alexandria.

The pacey Girondins Bordeaux of France ace, who also performed creditably as a wing back in the AFCON 2019 ticket –winning 1-1 draw with South Africa in Johannesburg in November 2018, had fallen while about to take a corner kick at training in Alexandria on Friday evening.

He was quickly stabilised but was taken to hospital for a round of tests, where he was said to be dehydrated and needed to take more fluids.

The scare knocked him out of reckoning for selection in last Saturday’s 1-0 victory over Burundi in Nigeria’s first match of the 2019 AFCON at the Alexandria Stadium.

Porto will bounce back from weekend loss, Nwakali assures