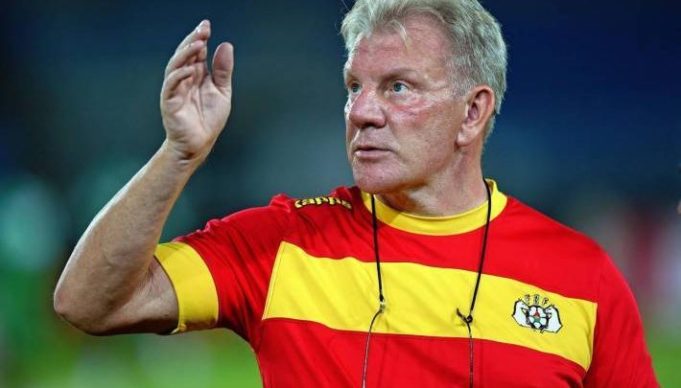 After watching his side lose 1-0 to Nigeria in their second Group B game at the ongoing Africa Cup of Nations in Egypt, Coach of the Syli Nationals of Guinea, Paul Put believes they were unlucky and should have at least picked a point in the encounter, AOIFootball.con reports.

Speaking after the game, the Belgian, whose last AFCON loss coincidentally was against Nigeria in 2013, stated that his boys did give their best in the game but fell to a more experienced side.

“We knew it will be a difficult game for us, already Nigeria were the favoured to qualify and they are a great side.

“After the World Cup, they didn’t lose any games so we knew the match would be tough. We didn’t give many chances away but luck was not on our side,” Put said.

The Guineans will now have to focus on their final group game against Burundi on Sunday, needing a win to stand any chance of making it to the knockout stages.

EXCLUSIVE: Onazi to stay at Trabzonspor