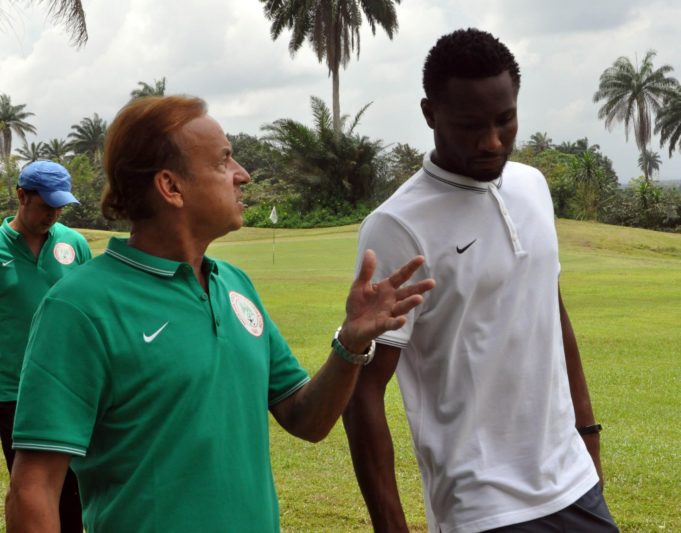 Super Eagles Coach Gernot Rohr will be hoping to achieve yet another feat with the national team as he aims to break a 13-year jinx which has seen Nigeria fail to win all group games at the Africa Cup of Nations, AOIFootball.com reports.

Nigeria defeated Burundi 1-0 in their opening game last weekend before replicating the same result on Tuesday against Guinea to emerge as the first team to book it’s place in the knockout phase of the competition.

Coincidentally, the Eagles last achieved the feat in Egypt 2006 when they defeated Ghana in their opening game 1-0, before going on to defeat Zimbabwe and Senegal in their remaining two games to top the group with a perfect nine points.

Rohr, who is on the verge of equaling all the group stages feat set by the 2006 squad, however played down the team’s feat so far, stating that he remains determined to take the matches as they come.

Nigeria will take on Madagascar at the Alexandria Stadium later Sunday with kickoff set for 5pm local time.