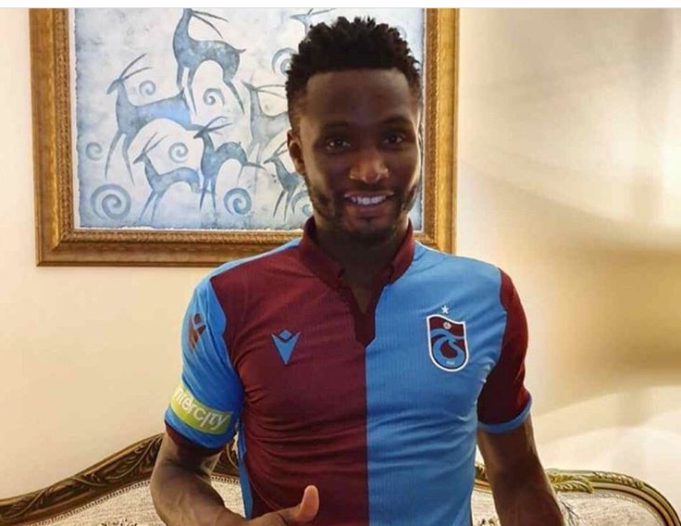 Mikel, who featured in Nigeria’s 2-0 loss to Madagascar in their final group game at the ongoing AFCON in Egypt on Sunday, is expected to put pen to paper on a two-year deal with a further one-year extension following the expiration of his current contract at Championship club Middlesbrough.

“In a free transfer, the captain of the Nigerian National team, Mikel John Obi has been given a 2 + 1 year deal for the transfer to our club,” the club posted on its official instagram page.

Similarly, Eagles midfielder Ogenyi Onazi who broke the news earlier, revealed his excitement at the arrival of the Champions League winner, insinuating that the club will reserve the number 10 jersey for the Chelsea legend.

Trabzonspor will now become the fifth club Mikel will be playing for after enjoying spells at Lyn Oslo, Chelsea, Tianjin Teda and Middlesbrough.

Back and Banging! Ighalo scores in Yatai’s 2-1 win away at Chongqing