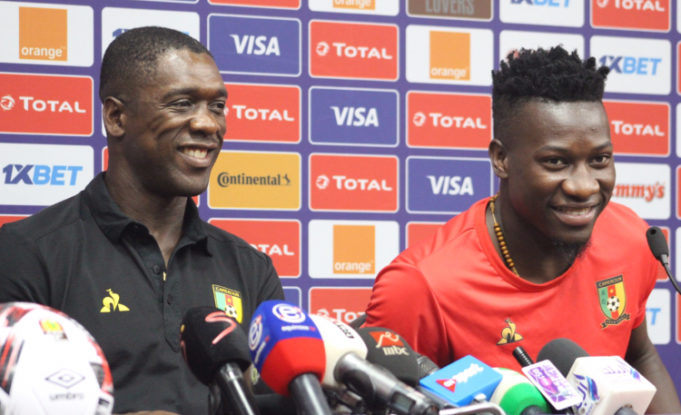 Head Coach of the Indomitable Lions of Cameroon, Clarence Seedorf has said his team are very much aware of the threat posed by Nigeria when both sides clash on Saturday, AOIFootball.com reports.

The former AC Milan midfielder who spoke ahead of the game on Saturday, stated that his side must respect the Super Eagles as they will offer an improved performance than their group stage exploits.

“I’m not bothered about the group phase performance, but they’ve analyzed their lack of goals scoring form and also want to work on creating chances which enables teams to score goals.

“We will respect Nigeria because they can improve on what they’ve shown so far in this tournament. We expect the very best from them tomorrow because they have shown at the World Cup and during the qualifiers that they are a good team. So, we expect them to be much improved against us and we have to be ready,” Seedorf said.

He further played down the long rivalry between both sides, stating that the past had gone and his side must focus on the future.

“I won’t and don’t need to stress myself because we are playing Nigeria. We need to calm down and strategize properly.

“We don’t live in the past. I think we should talk about the current situations with both teams. We didn’t lose any match in the group stage but Nigeria did,” he concluded.