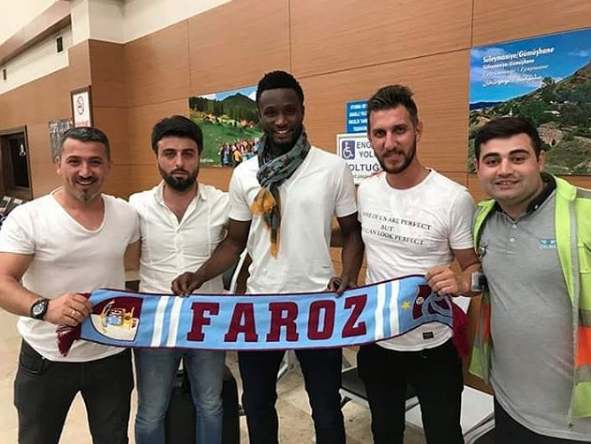 The former Chelsea of England midfielder signed a two-year contract last month after helping Nigeria reach the last four of the 2019 AFCON and was given an extended break to enable him to rest well ahead of the 2019/2020 league season.

The 32-year-old arrived in Istanbul on Monday afternoon with fans of the club cheering the Nigerian legend on arrival before he left for the city of Trabzon where he will meet up with the club’s staff for the first time since signing.

Mikel is expected to however head to Linz Austria, where he will join the rest of the squad for preseason as they continue their build-up for next week’s crunch Europa League clash against Czech side Sparta Praha.

His arrival in Turkey will now re-ignite his partnership with fellow Nigerian Ogenyi Onazi in the heart of the Trabzonspor midfield as he continues his recovery ahead of the new season.