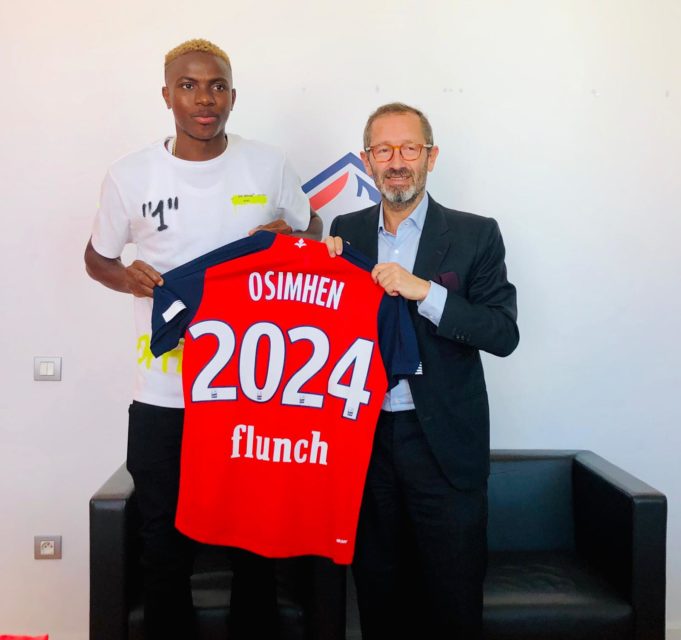 Super Eagles striker, Victor Osimhen has completed a club-record sale from Sporting Charleroi to French side Lille after putting pen to paper on a five-year deal, AOIFootball.com can authoritatively confirm.

The former Wolfsburg of Germany player completed his medicals upon arrival in France on Wednesday night before sealing the deal few a hours ago with Charleroi set to have received a club-record €12 million which could rise to around €20 million with further add-ons.

The Nigerian becomes the club’s 8th signing of the season with Head Coach Christophe Galtier excited to work with the young forward who his expected to take the number 7 shirt as Rafael Leao is expected to leave in the coming days.

The 20-year-old shot to prominence in 2015 after leading Nigeria to the FIFA U-17 World Cup trophy where he scored 10 goals in 7 matches to win the golden boot.

That performance earned him a move to German side Wolfsburg in 2017 before he then joined Sporting Charleroi last summer where he scored 22 goals in 42 games, forcing the club to break the bank to sign him on a permanent basis.