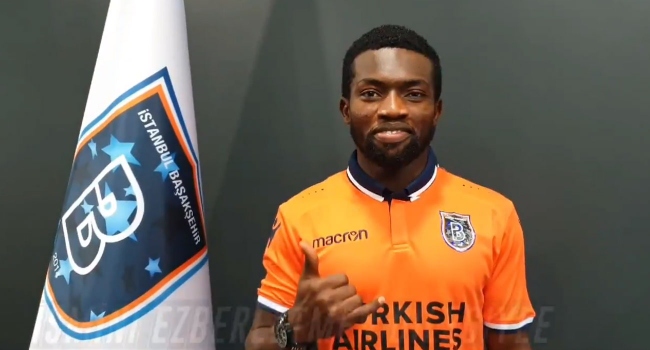 Nigeria international and captain of the U-23 Olympic Eagles, Azubuike Okechukwu has disclosed that his target ahead of the new season is to try and win at least one trophy whilst hoping for regular playing time at a new club, Istanbul Basaksehir, AOIFootbal.com reports.

The 22-year-old midfielder joined the 2018/2019 Turkish League runners up this summer after impressing on loan at Caykur Rizespor where he helped them survive relegation and now believes he can replicate the form on a higher stage with Basaksehir.

“The season is fast approaching already and we have been training hard as a team and individually. Hopefully, we will be ready for the new season which begins this month.

“But we have a crunch game next week in the Champions League qualifiers against Olympiacos; we know the importance of the clash and we will take it like a final because everybody is well motivated to bring Champions League football to Basaksehir,” Okechukwu said.

Despite facing very strong competition for place in the heart of the midfield with the likes of Arda Turan, Gokhan Inler and Milos Jojic, Okechukwu, who isn’t scared about the competition stated that the competition is healthy for the team and hopes it leads them to win at least one trophy at the end of the season.