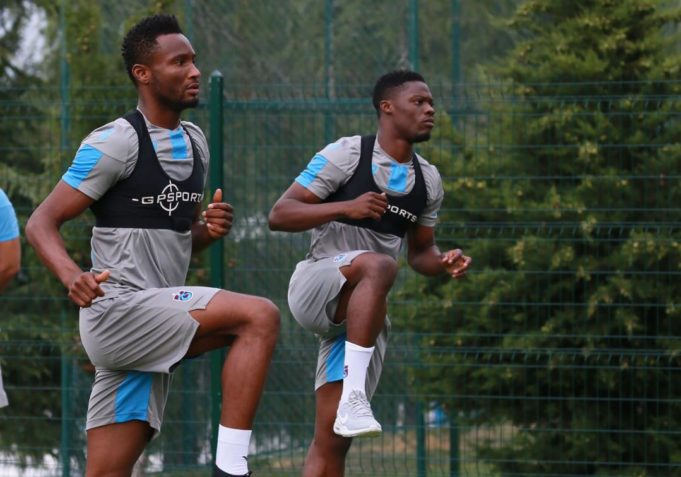 The 32-year-old joined the club during the Africa Cup of Nations in Egypt last month but completed his mandatory medicals on Wednesday alongside Ghanaian midfielder Caleb Ekuban as both players headed for a light warm-up afterward.

The former Chelsea man, however, faces a race against time to be fully fit for their Europa League crunch tie next week away at Czech side Sparta Praha having not featured in any of the preseason games.

Meanwhile, Super Eagles midfielder, Ogenyi Onazi has revealed he is 80% close to returning to full fitness after stepping up his recovery from an injury he suffered at the tail end of last year.

The 26-year-old, who has been out for the last seven months with a ruptured Achilles, posted a video of himself training with the caption ‘80% close’.

The former Lazio of Italy midfielder featured in 18 games in all competitions last season, scoring three goals and was highly praised for his performance in the heart of the midfield before suffering the injury which forced him to miss the 2019 AFCON in Egypt.