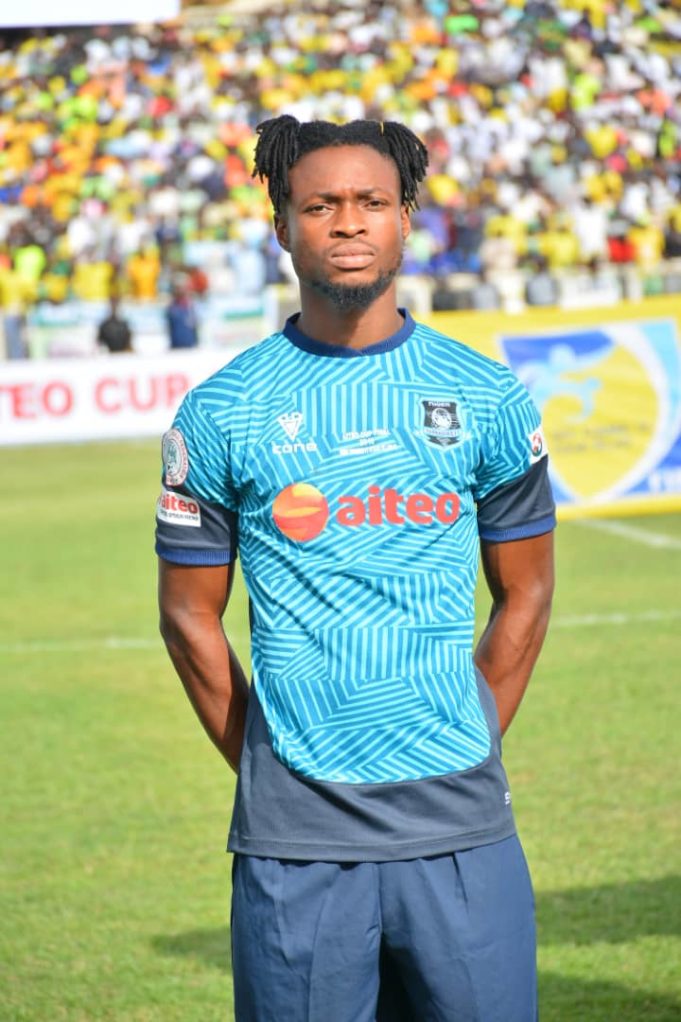 Former Niger Tornadoes FC of Minna holding midfielder, Ayo Adetola has reacted to news making the rounds that he was dropped by the Ikon Allah boys, AOIFootball.com reports.
The 2019 Aiteo Cup silver medalist who spoke exclusively to AOIFootball.com, stated that he had just ended a season-long loan deal with the Minna based side, and declined several requests to further extend the deal.
“I was not dropped at Niger Tornadoes FC; I’ve just ended my loan deal with the club,” said the former Mighty Jets FC of Jos midfield powerhouse.
“They approached me for an extension but I rejected the offer, after consulting with my family and intermediary, he added.
It would be recalled that the Abubakar Bala tutored side will be campaigning in the CAF Confederations Cup, having emerged runners up in the Aiteo Cup, and Adetola was a force to reckon with in all the matches leading to the final. He also appeared in the 20 out of 22 league matches, starting 17 of them.
The 5 feet 11 inches tall midfielder is presently being sought after by a couple of top-flight clubs, including Delta Force FC and Plateau United FC. According to him, his choice of club is going to be in the best interest of his career.
“I want to take my time to consider the offers that have come in so far. My next destination is will be in the best interest of my career, Adetola concluded.