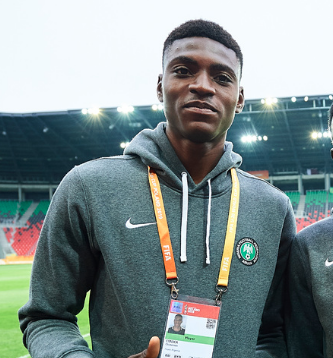 Flying Eagles forward Emeka Chinonso has said he is ready to take his chance when given by Coach Paul Aigbogun as preparations continue ahead of the African Games, AOIFootball.com reports.

Chinonso, a Water FC product, was part of the Flying Eagles World Cup squad last May in Poland but didn’t have the opportunity to play even as the team crashed out in the second round of the competition.

However, Chinonso, who expressed delight at the opportunity to again prove himself with the invitation to the Flying Eagles for the African Games, told AOIFootball.com that he is optimistic he will get a chance to play and prove himself this time.

“We have been preparing for days now and I must say it has been intense. I am glad I got a call to be part of the squad again and I hope this time I will get a chance to play and prove myself,” Nonso enthused.

On the chances of the team doing well at the tournament, he believes the team has the potential to excel against group opponents, South Africa, hosts Morocco and Burkina Faso.

The football event of the games kicks off on the 16th of August.