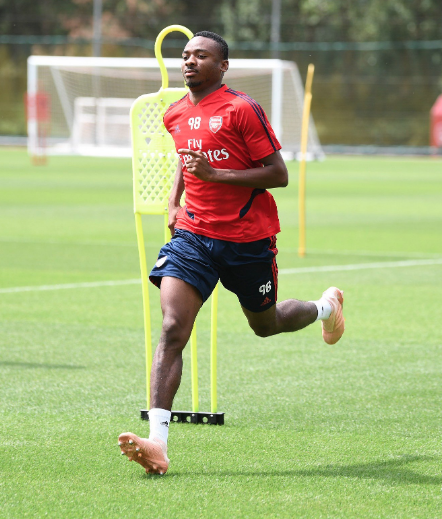 Former U-17 World Cup winning skipper, Kelechi Nwakali could be the next Nigerian player to make a move in the transfer market following strong interests from a host of clubs around Europe, AOIFootball.com can authoritatively confirm.

The 22-year-old, who has been training at parent club Arsenal since the start of the preseason was hopeful of a chance with the Gunners ahead of the 2019/2020 season but following his inability to secure a work permit, the midfielder could now seek fresh challenges elsewhere.

AOIFootball.com can, however, confirm authoritatively that the attacking midfielder is however not short of suitors as a host of top clubs in Spain, Netherlands and Belgium have now indicated their interest in landing the Nigerian on a permanent basis.

But inside sources have it that the Gunners would rather fancy a loan move for him as they see potentials rather than sell him off outrightly or could insert a buy-back clause in his contract should he leave on a permanent basis to another club.

Nwakali no doubt has the potential to be one of the leading lights in the Eagles midfield having showed a glimpse of it when he lead the midfield against Atletico Madrid in a friendly match last year in Uyo and also wowed the fans in Asaba to help the Dream Team VI reach the final round of the U23 AFCON qualifiers.