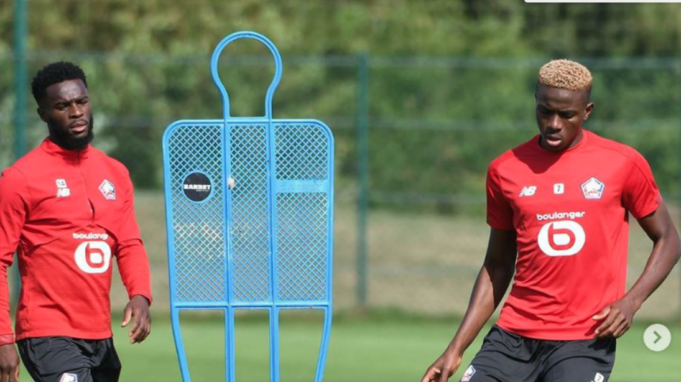 New Lille Metropole of France forward, Victor Osimhen is ready to make his debut for the Ligue 1 side on Sunday, AOIFootball.com can report.

Osimhen, who joined from his Belgian side Sporting Charleroi after signing a five-year deal, has been impressing in training and is now in line to make his debut this Sunday against Nantes.

Impressed with this performance so far in training, Lille twitted via its official handle: “Proof that #SuperEagles really can fly #VictorOsimhen #Training @NGSuperEagles,” describing Osimhen’s action photo from a training session.

The former Wolfsburg striker comes with a huge reputation after scoring 20 goals in 36 league appearances for Sporting Charleroi last season.

He is so far Les Dogues’ biggest profile signing of the summer and much will be expected from him following the departure of Rafael Leao and Nicolas Pepe to AC Milan and Arsenal, respectively.

Abdulquadir Adedapo - May 9, 2019
ALL CATEGORIES
SOUNDCLOUD