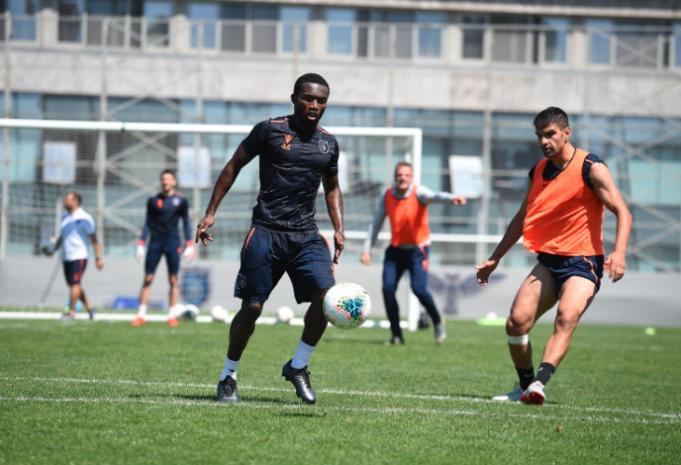 The 2019/2020 UEFA Champions League qualifiers continued across five different centers in Europe and there were mixed outcomes for Nigerian players vying to make the elite group stages of the competition, AOIFootball.com reports.

At the Basaksehir Faith Terim Stadium in Istanbul, Dream Team VII skipper Azubuike Okechukwu had a debut to forget for Turkish side Istanbul Basaksehir as their hopes to reach the group stages of the competition suffered a setback following their 1-0 home loss to Olympiacos.

The 22-year-old was named among the substitutes on his competitive debut but was later called into action after the hour mark with his side 1-0 down but failed to inspire them as the 10-men of Istanbul had their goalkeeper to thank for keeping them in the tie following his last-minute penalty save.

It was, however, a sweet tale for the duo of Samuel Adegbenro and Babajide David Akinola who pulled a shock result away at the Ljudski vrt Stadium in Slovenia as they helped Norwegian side Rosenborg BK to a comprehensive 3-1 win over NK Maribor.

Both Nigerians were on from start to finish and will now hope to seal their progression to the group stages when both side clash in the second leg next week in Norway.

Meanwhile, the shock result of the night came at the St. Jakob-Park in Basel, Switzerland as Austrian side LASK Linz shocked FC Basel 2-1 to boost their chances of reaching the group stages.

The Austrian club did, however, pull off their shock win without the Nigerian trio of Yusuf Odubanjo, Daniel Olaniyi and Ugochukwu Oduenyi who were all not listed for the clash.