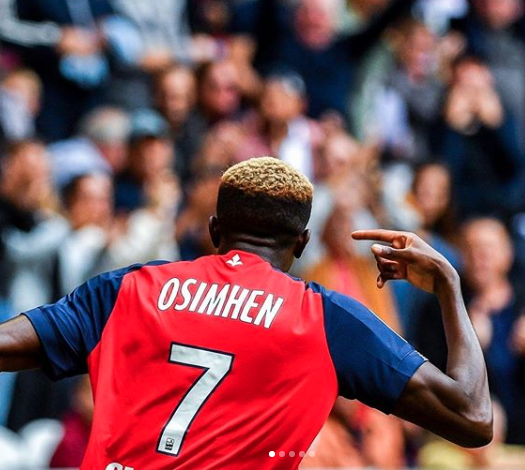 Super Eagles rave of the moment, Victor Osimhen has described his two-goal heroics on the opening day of the French Ligue1 as a dream debut and hopes to build on it for the remainder of the 2019/2020 season, AOIFootball.com reports.

The 20-year-old announced his presence on the biggest stage in style netting in either halves to propel last season’s runners up to a 2-1 victory over Nantes with the youngster earning plenty of praises for his performance.

“It was a dream debut for me and I’m really ready to give more in the course of the season,” an excited Osimhen told AOIFootball.com shortly after the game.

He further thanked his teammates for helping him to settle in quickly, stating that he has been showered with love since he arrived from Charleroi at the start of the month.

“It’s an unforgettable moment for me and I’m really happy as I want to continue building on this momentum.

“From the first day I came into the club they received me with open arms and they have been so wonderful to me and have helped me settle down well,” Osimhen concluded.

The 20-year-old became only the first Nigerian to score twice on his Ligue1 debut after equaling and surpassing the record held by Eagles’ legend, Austin Jay Jay Okocha.