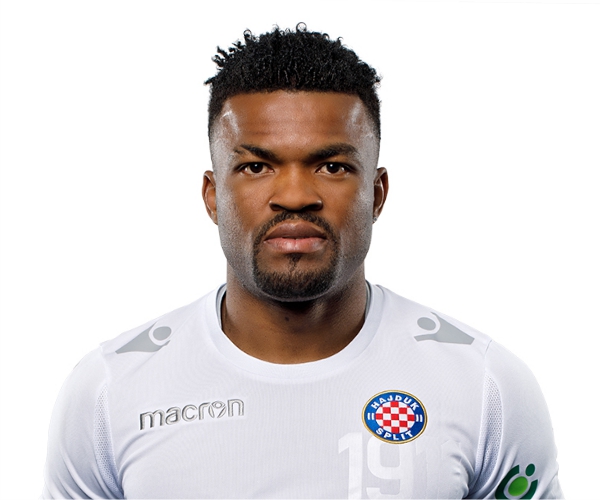 Nigerian international, Samuel Eduok continued his fine form in the Croatia HNL League as he scored for the third consecutive game in HNK Hajduk Split’s 2-1 loss away at NK Slaven Belupo, AOIFootball.com reports.

The 25-year-old started his second league game since joining from Turkish club BB Erzurumspor as the visitors went in search of their fourth straight league win.

But it was the host who took the lead on the 37th minute via the boot of David Puckin before the visitors were reduced to 10 men following a straight red card to Marin Jakolis.

Ivan Krstanovic then made it 2-0 six minutes from time before Eduok scored a late consolation deep into added time after curling a fantastic strike from the edge of the box.

The strike moves the former Kasimpasa forward to second on the scorers’ chart with three goals, three behind leader Mario Cuze who has six goals.