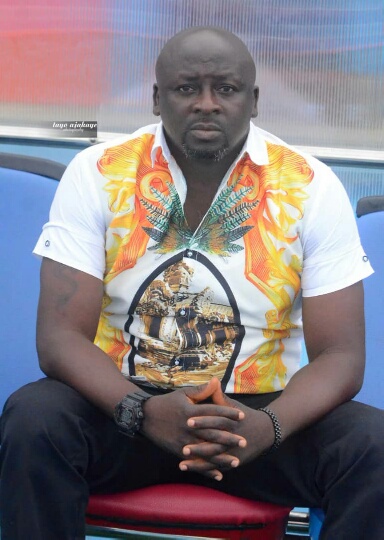 Substantive Manager of Delta Force FC, Mbwas Mangut, has assured fans of the Asaba based club that their darling team will have a successful campaign in the upcoming season of the Nigeria Professional Football League (NPFL), and will possibly compete for honours, AOIFootball.com reports.
The former Heartland FC player and coach told AOIFootball.com exclusively at the Stephen Keshi Memorial Stadium in Asaba,  shortly after his side defeated Ifeanyi Okagbue FC in a preseason tune-up match, that vying for nothing but laurels when the season kicks off.
“Delta force FC will compete successfully in the league next season. We will surely compete for honours next season and we certainly won’t go through the season without laurels,” he said.
It would be recalled Delta Force FC survived the drop on the very last day of the regular season last term. This may be largely as a result of the sudden resignation of expatriate coach, Emmanuel Deutsch.
Many had thought there was no way out of the quagmire, that was why the Cameroonian walked out on the oil-rich state club with just a few matches to the end of the season, leaving the former Wikki Tourists FC gaffer to stir the club to safety.
With an away win at El-Kanemi Warriors, and a decisive home victory against Akwa United, and a draw against Plateau United on the last day of the season, the young gaffer ensured their battle against relegation was successful.
He also maintained that the team now has stability and ready to make upward progress.
“Having gone through a somehow tight season last term, I believe the team has stabilised. We’re now looking forward to making progress,” Mangut concluded.