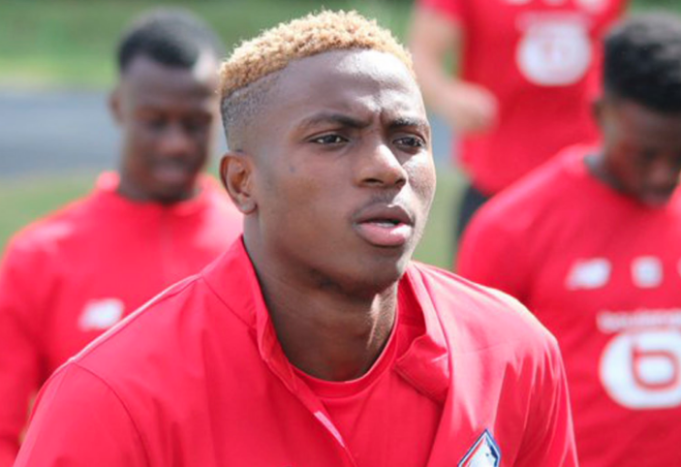 With so much expectations on his shoulders, the former FIFA U-17 golden boot winner was given his debut by Head Coach Christophe Galtier as he led the line in a 4-2-3-1 formation for the hosts.

The 20-year-old however needed just 19 minutes to announce his arrival to the fans at the Stade Pierre-Mauroy, cooling controlling a long clearance from the defence before showing composure and strength to finish off in super fashion for 1-0.

Zeki Çelik then put through his own goal six minutes after the restart before the impressive Osimhen then sent the fans into ecstasy after netting what proved to be the winner on the 80th minute from an impossible angle after being played through by Zeki Çelik.

The Nigerian was rightly adjudged man of the match, finishing with a game rating of 8.2, scoring from his both shots on target and also completing 72.7% of his passes.