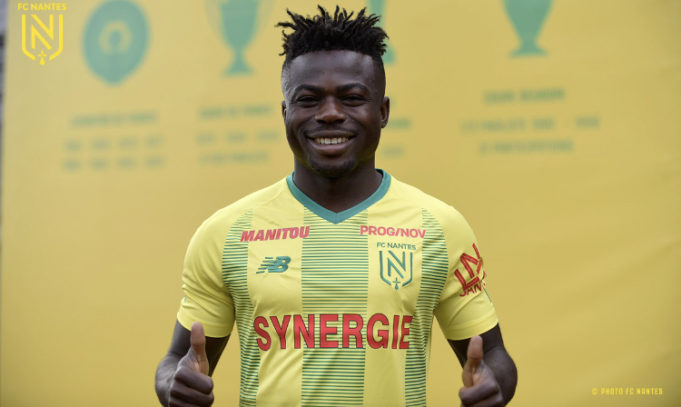 Super Eagles winger, Moses Simon has declared he is ready to take on the challenge of the French Ligue 1 after completing a season long loan deal to Levante, AOIFootball.com reports.

The 24-year-old told AOIFootball.com shortly after his announcement, that he now wants to focus on the fresh start and help his new club achieve their season objectives.

“This is a new league for me but just like every new club I have joined in the past, I have always tried to give my best. This will not be an exception as I will also do well to help my club.

“Of course the French League is a new challenge for me but I have always shown my fighting spirit and would also do so here. I know it wont be easy but I’m mentally and physically ready for the challenge,” Moses said.

The 24-year-old further praised the in flock of Eagles players into the French League this season, stating that it would be an upgrade for the national team ahead of the 2021 AFCON qualification matches.

The pacy winger will now hope to make his debut for FC Nantes later this weekend when they host Olympique Marseille on match day 2 after falling to a Victor Osimhen brace last weekend.