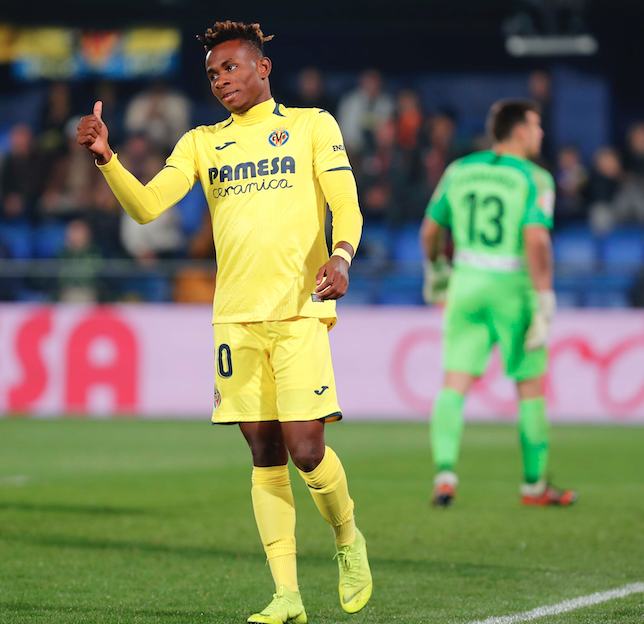 The 20-year-old, who was handed the number 11 shirt for the new season was among the starting XI as the host went jn search of their first three points of the campaign.

After a cagey first half hour, the Yellow Submarines opened scoring in the 35th minute when Santi Carzola scored from the penalty spot following a foul on Moi Gomez but the visitors replied in similar fashion when Fede Vico also converted from 22 yards as both teams went into the break level.

Moi Gomez then put Villarreal 2-1 up eight minutes after resumption but Granda equalized again this time from a fortunate goal as Ruben Pena put through his own goal for 2-2.

With half an our left in the encounter the hist took the lead for the third time through Gerard Moreno before Santi Carzola robbed substitute Ramon Azeez off the ball in the middle of the pack and then feeding Chukwueze who did all the hard work before exquisitely placing the ball beyond the goalkeeper for 4-2.

But again Granda pushed up for and reduced the deficit two minutes later via the boots of Roberto Soldado before he then set up Antonio Puertas nine minutes from time to level the match at 4-4.

Despite the draw Chukwueze who played for 90 minutes still managed a good rating of 7.1 whilst compatriot Ramon Azeez who saw 21 minutes of acton had a game rating of 6.4.

Eagles will bounce back from Czech defeat, says Ibitoye