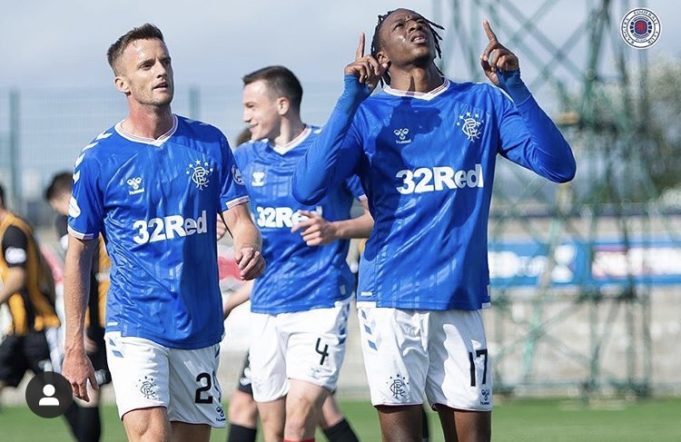 The 23-year-old midfielder who was recently handed his debut national team invite ahead of Nigeria’s clash against Ukraine next month, started in the heart of the midfield as the visitors were hoping to reach the quarterfinals of the cup competition.

Goals from Jermain Defoe on the 26th minute and another from Filip Hander put the Steven Gerard-tutored Rangers well on course for the last eight.

Aribo then added the cherry on the cake as he scored six minutes from time to make it 3-0 with the visitors progressing at the expense of their hosts.

Rangers will now turn their attention to Thursday’s Europa League qualifiers away at Legia Warszawa as they bid to reach the group stages of Europe’s second premier club competition.